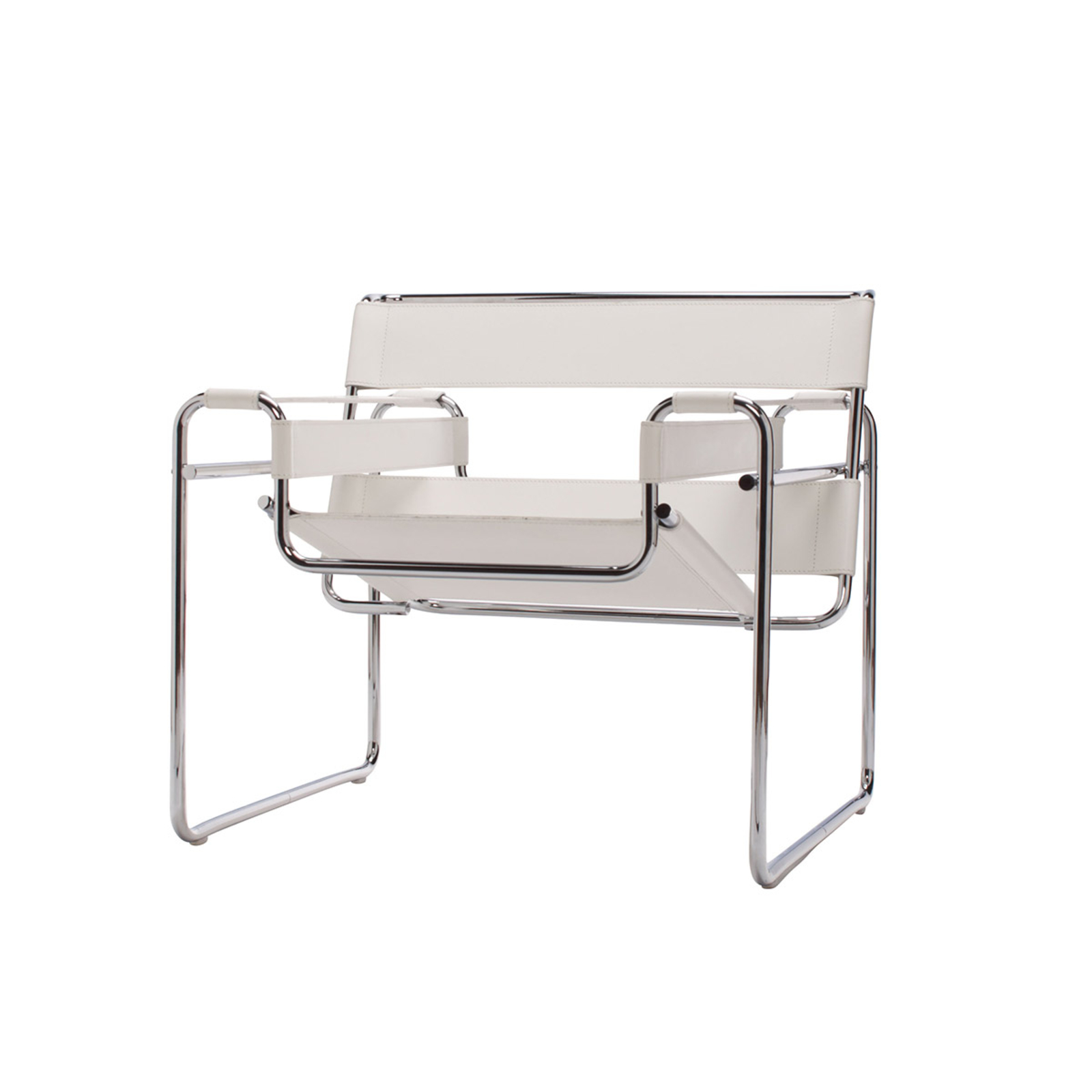 The Wassily Chair, also known as the Model B3 chair, was designed by Marcel Breuer in 1925-1926 while he was the head of the cabinet-making workshop at the Bauhaus, in Dessau, Germany.

Modern architecture is not a style; it is an attitude. 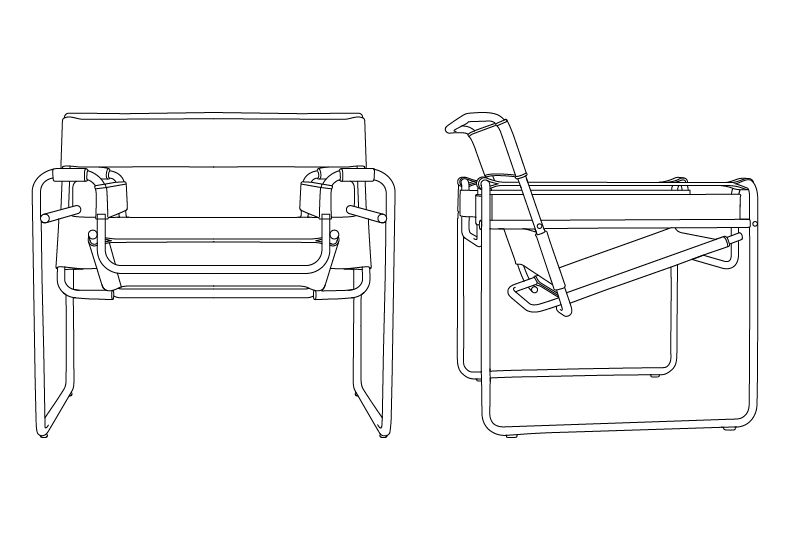 The Wassily Chair, also known as the Model B3 chair, was designed by Marcel Breuer in 1925-1926 while he was the head of the cabinet-making workshop at the Bauhaus, in Dessau, Germany. The design inspiration was to create a piece of furniture from lightweight nickel plated bent tubular steel, and mass-produced as easily as the bicycle of the time. Its breakthrough paved the way for other craftsmen to incorporate tubular steel into their designs. The sitter appears to be floating in midair. What makes it iconic is its revolutionary silhouette is a classic symbol of modernism.   Reminiscent of a generous English club chair, the seat and back juxtapose hard cold metal with this soft, pliable leather.

Despite popular belief, the chair was not designed for the painter Wassily Kandinsky, who was on the Bauhaus faculty at the same time. Kandinsky admired the completed design, and Breuer fabricated a duplicate for Kandinsky’s quarters. The chair became known as “Wassily” decades later when the original manufacturer, Gavina SpA learned of the anecdotal Kandinsky connection during its research on the chair’s origins.

Marcel Breuer, a champion of the modern movement and protégé of Bauhaus founder Walter Gropius is equally celebrated for his achievements in architecture and furniture. Breuer was a student and subsequently a master carpenter at the Bauhaus in the early 1920s. His entire body of work, both architecture, and furniture embodies the driving Bauhaus objective to reconcile art and industry.

While Breuer never worked directly for Knoll, he is nonetheless an influential figure in the company’s history. He was an early mentor to Florence Knoll during her time in the office of Walter Gropius in the 1930s. It was also Breuer who suggested that Hans Knoll hire Eszter Haraszty, the Knoll Textiles director responsible for many of the Knoll Planning Unit’s most memorable color combinations.