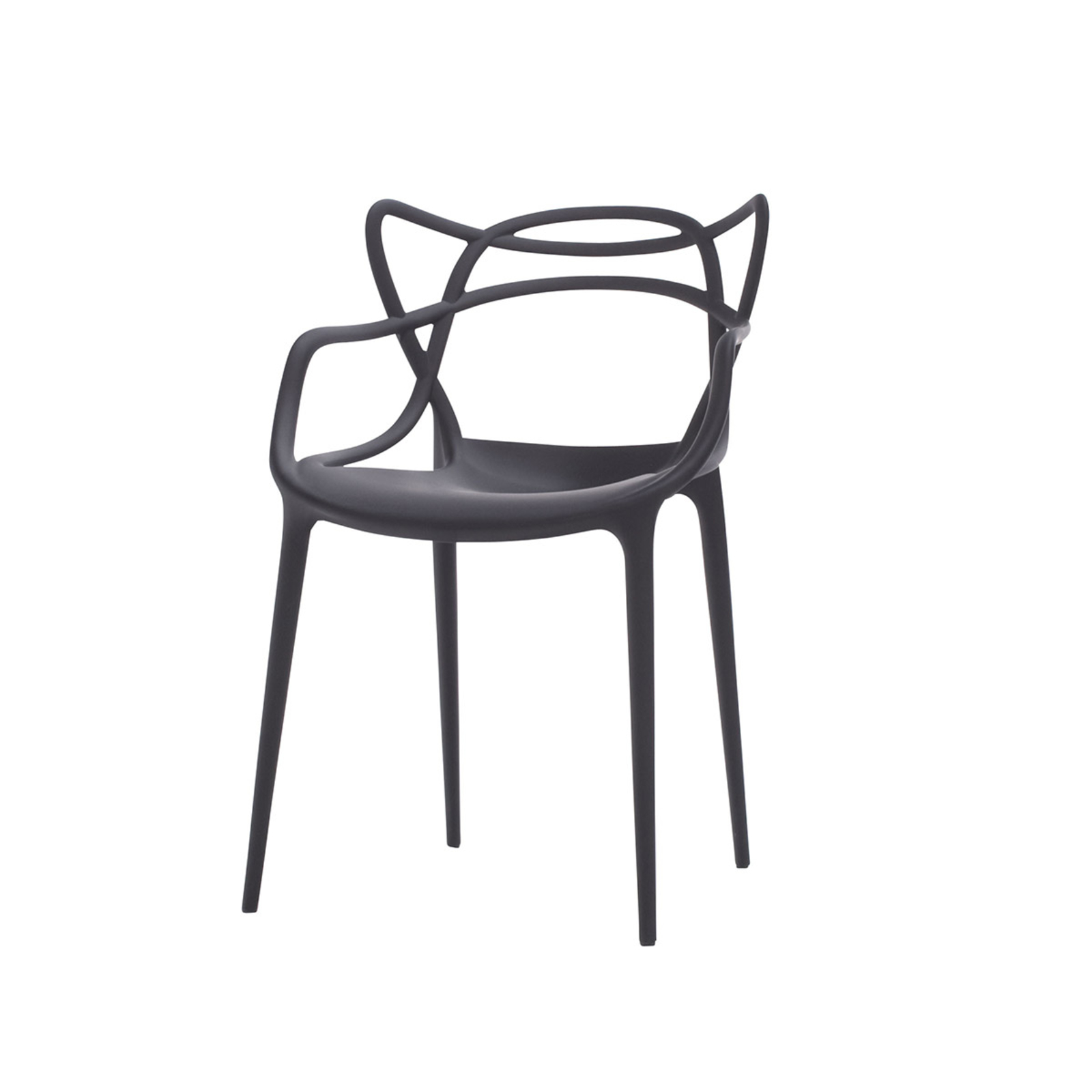 Philippe Starck’s ‘Masters’ Chair draws its form by layering three contrasting shapes of classic chairs by three design masters. He juxtaposes the distinctive outlines of the chair backs and skillfully incorporated them into a unique chair.

We weren’t born just today. There have been masters before us. The Masters Chair recalls the lines of three great masters and three great masterpieces. Putting them all together they create a new product, a new project, a reflection on a new society. ‘Masters’ is a project in collaboration with Eugeni Quitlet. 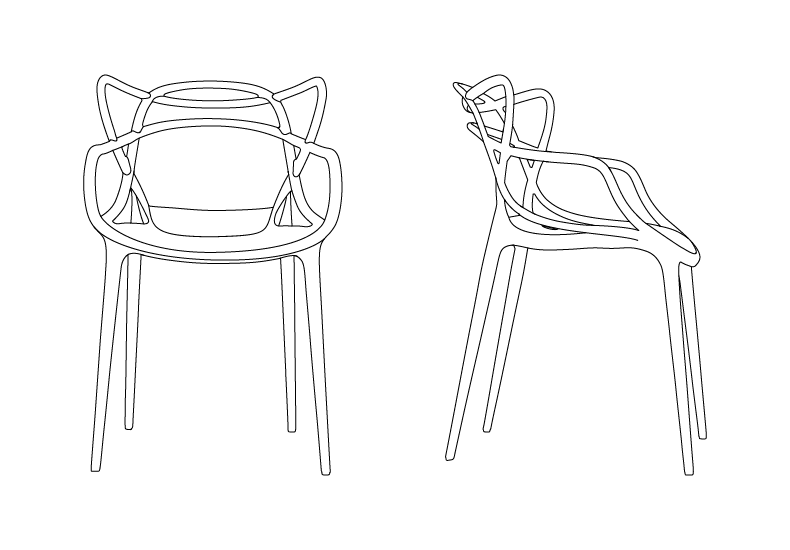 He juxtaposes the distinctive outlines of the chair backs and skillfully incorporated them into a unique chair. The lines overlapped and cross to form the singing was back and arms before merging with the seat and legs. This confluence created something new from the from some of the first ergonomic innovators. Each of the design elements contributes to a fluid form that is both beautiful and practical. The form is rendered in three dimensions to form the supporting back of the seat. It is made from modified batch-dyed polypropylene, allowing it to be used indoors and out. It was later updated with more sophisticated metallic finishes. It is a stackable, lightweight and sturdy chair with an instantly recognizable silhouette.

Born in Paris in 1949, Philippe Starck studied at Notre Dame de Sainte Croix in Neuilly and Ecole Nissim de Camondo in Paris. His career began in the 1970s with interior design commissions for nightclubs, apartments and cafes in Paris, later designing similar projects in the United States. In the 1980s and ‘90s, Starck became well-known for his product design and collaborations with such companies as Alessi, Kartell and Vitra. His designs eventually went mainstream when he was commissioned by Target to create high concept designs at mass prices.