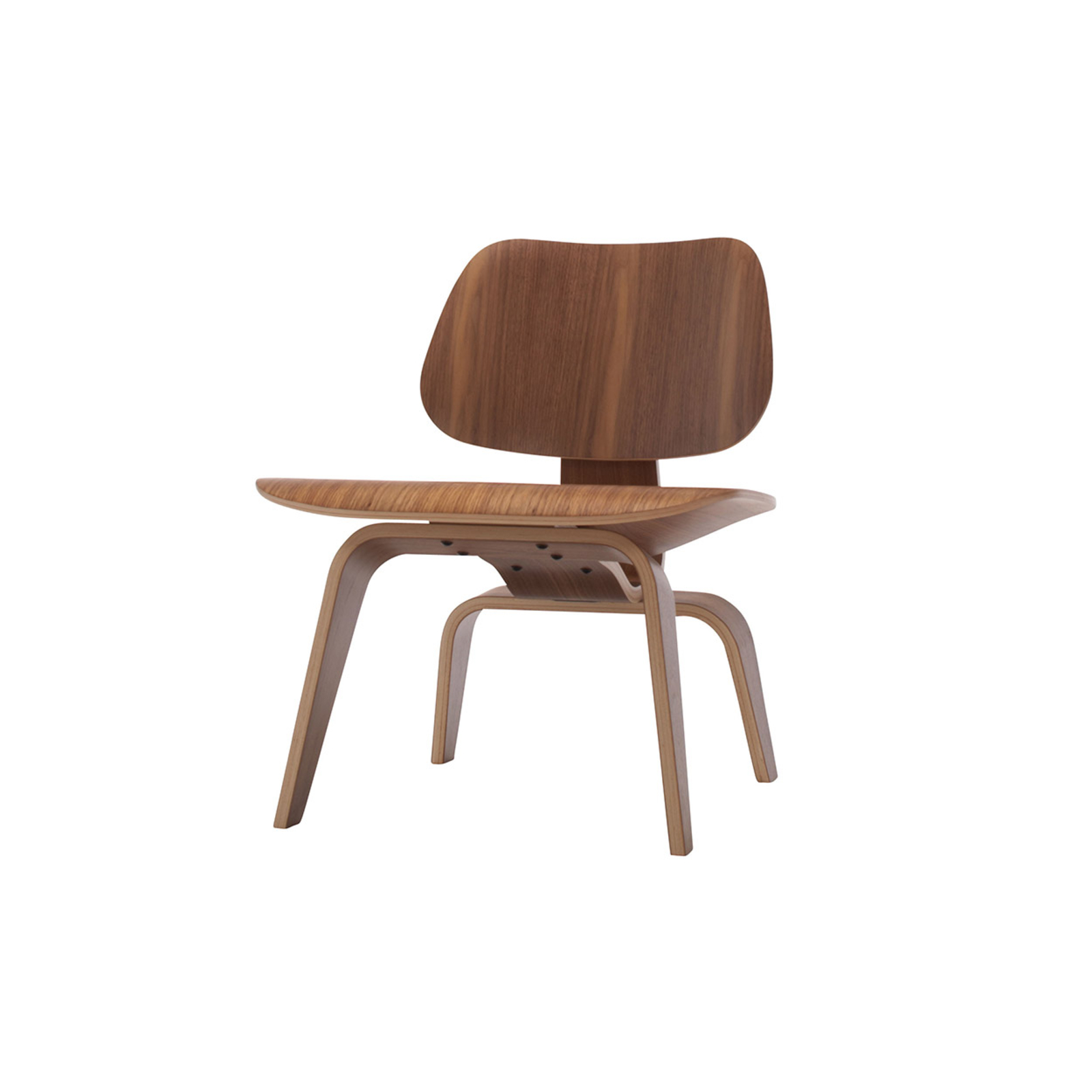 It is sometimes called the “Potato Chip” chair because it was inspired by the gentle curving shape of the potato crisp. Influenced by nature, and technological advances in bending plywood, the LCW was designed to create a shell that would ergonomically fit the sitter’s body, eschewing the need for upholstery.

What works is better than what looks good, because what works good lasts. 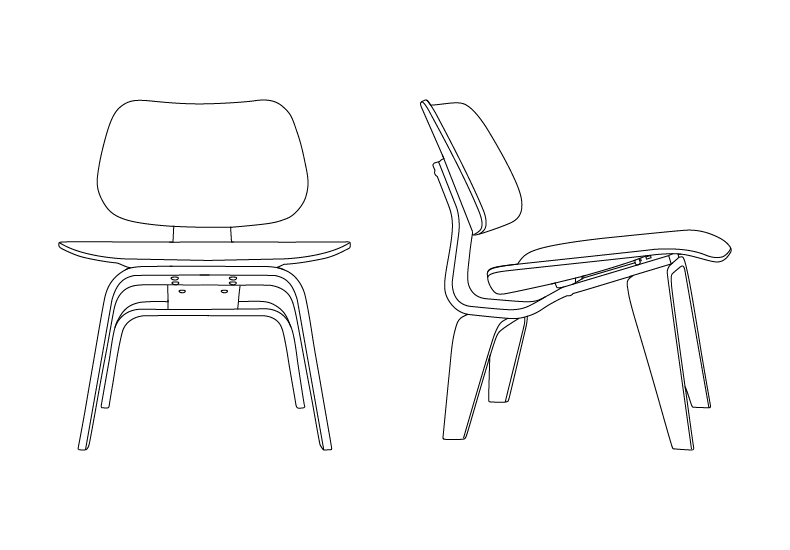 The Eames Lounge Chair Wood (LCW) (also known as Lounge Chair Wood Legs, or Eames Plywood Lounge Chair) is a low seated easy chair designed by husband and wife team Charles and Ray Eames. It is sometimes called the “Potato Chip” chair because it was inspired by the gentle curving shape of the potato crisp.   Influenced by nature, and technological advances in bending plywood, the LCW was designed to create a shell that would ergonomically fit the sitter’s body, eschewing the need for upholstery. Additionally, they wanted to create furniture that was attractive, comfortable, affordable and easy to manufacture.

There are two versions of this chair: The LCW, described here, and the LCM which has an identical seat and back, but whose legs are made from tubular metal. The LCW is crafted entirely of moulded plywood, including the legs in the stretcher.   The silhouette is instantly recognizable as a mid-century modern icon.

There were significant challenges in the attempt to create a chair from a singular piece of plywood. The woodcraft and splintered. bent plywood spine and supported by bent plywood legs.

The chair was designed using technology for molding plywood that the Eames developed before and during the Second World War. Before American involvement in the war, Charles Eames and his friend, architect Eero Saarinen, entered a furniture group into the Museum of Modern Art’s “Organic Design in Home Furnishings Competition” in 1940, a contest exploring the natural evolution of furniture in response to the rapidly changing world. Eames & Saarinen won the competition. However, production of the chairs was postponed due to production difficulties, and then by the United States’ entry into WWII. Saarinen left the project due to frustration with production.

Charles Eames and his wife Ray Kaiser Eames are considered among the most influential pairs of designers in the 20th Century. Not long after they were married, they began experimenting with just how far would is material could be manipulated. Experimenting with a variety of wood molding techniques, they made several discoveries that lead to a commission from the U.S. Navy to develop plywood splints, stretchers, and glider shelves. They moved to Venice Beach, CA in 1941. Charles took a job as a set painter for MGM Studios to support them. Ray, formally trained as a painter and sculptor, continued experiments with molded plywood designs in the spare room of their apartment. In 1942 Charles left MGM to begin making molded plywood splints for the United States Navy. The splints used compound curves to mimic the shape of the human leg. The experience of shaping plywood into compound curves contributed greatly to the development of the LCW.