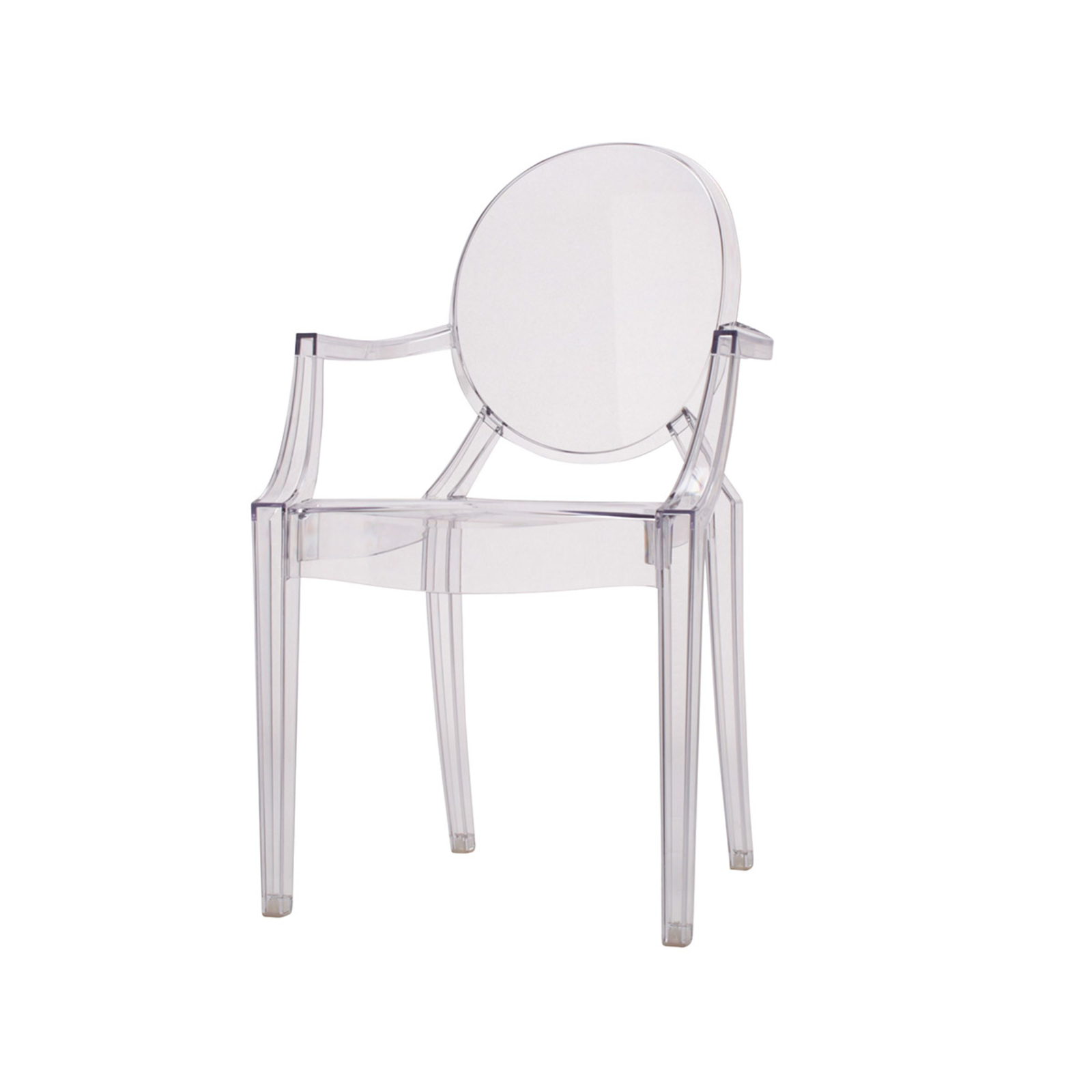 Considered the ultimate combination of historical style and technical innovation, the “Louis Ghost” chair earns its sobriquet from its transparent silhouette and the heritage of Louis XVI.

(The Louis Ghost) has a mix of materials and styles based on our shared memories. We all own this piece in a way. The chair is well balanced; I try to be balanced myself. 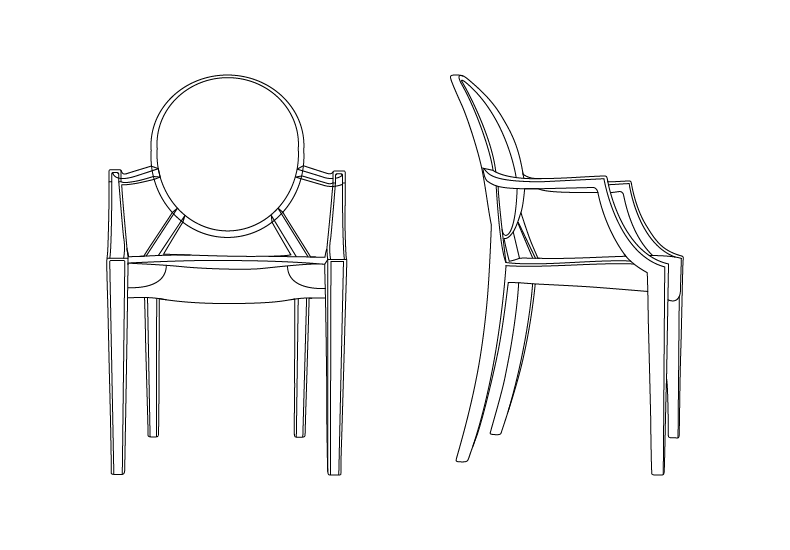 Considered the ultimate combination of historical style and technical innovation, the “Louis Ghost” chair earns its sobriquet from its transparent silhouette and the heritage of Louis XVI. The frisson of an 18th-century iconic armchair, constructed in a single piece of clear, eco-friendly, recyclable plastic is simultaneously traditional and revolutionary. On a practical level, it is light enough to stack six chairs high and can be used indoors or outside.

A 21st-century icon, the Louis Ghost altered post-modern design when it was introduced in 2002. It is the best-selling product of all time for manufacturer Kartell. The injection molding process leaves behind artifacts in each chair that are distinctive, not defects.

Born in Paris in 1949, Philippe Starck studied at Notre Dame de Sainte Croix in Neuilly and Ecole Nissim de Camondo in Paris. His career began in the 1970s with interior design commissions for nightclubs, apartments and cafes in Paris, later designing similar projects in the United States. In the 1980s and ‘90s, Starck became well-known for his product design and collaborations with such companies as Alessi, Kartell and Vitra. His designs eventually went mainstream when he was commissioned by Target to create high concept designs at mass prices.