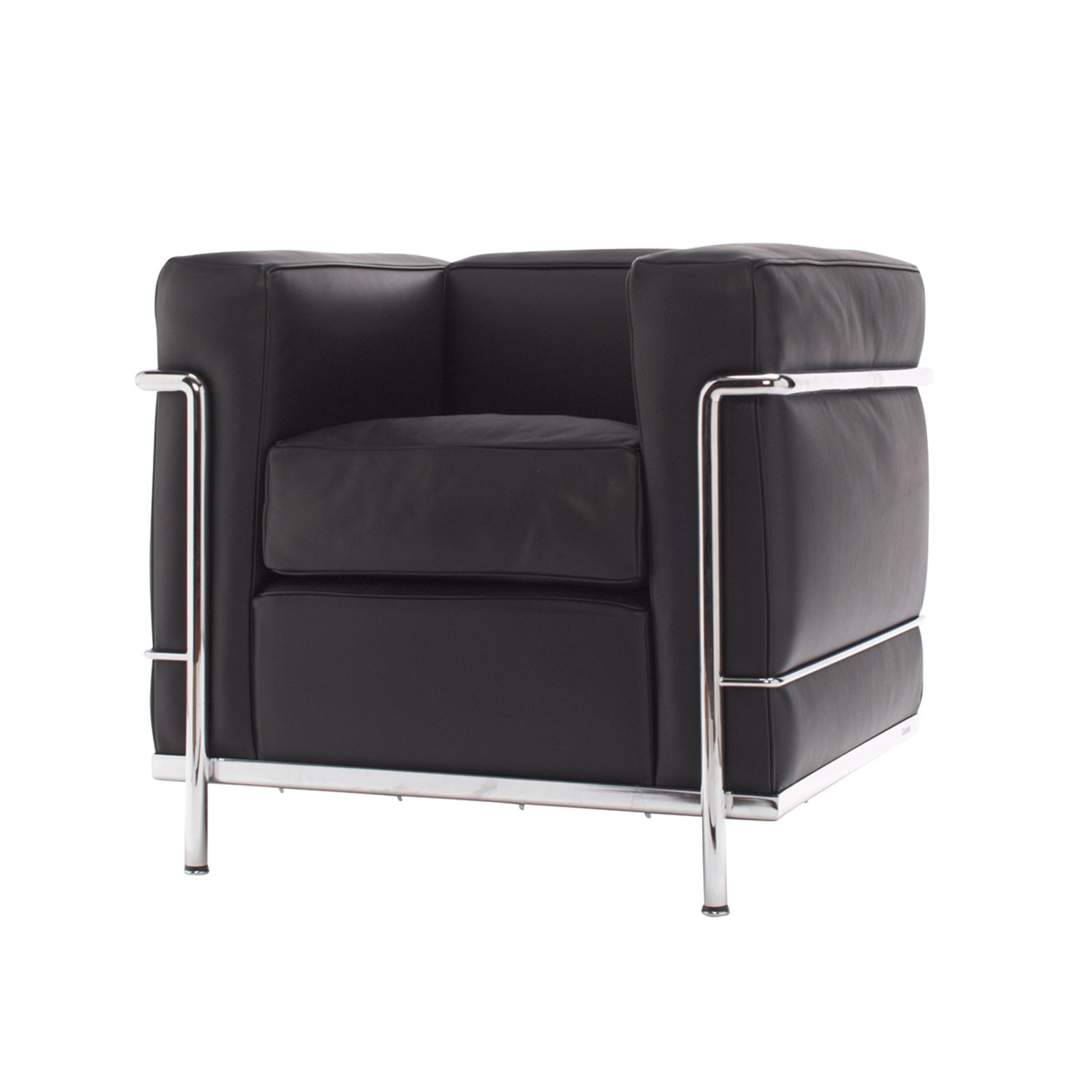 First introduced in 1928, its materials and design were innovative for its time, but the iconic chair remains remarkably applicable to current interiors and continues to be a favorite with designers and architects worldwide.

To be modern is not a fashion; it is a state. 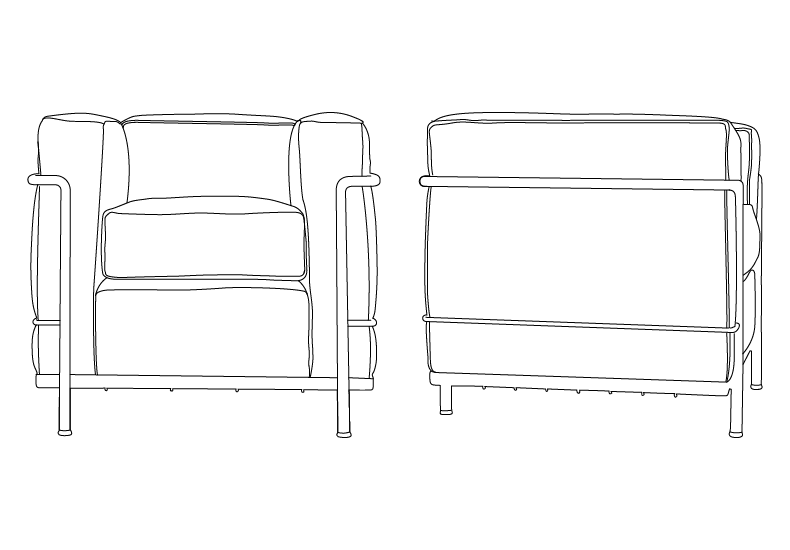 The LC” in the title is shorthand for “Le Corbusier.” He called them “cushion baskets,” and designed them to be a modernist response to the traditional club chair. The architecture of the sofas and chairs is reversed: The frames are external, and thick, resilient pillows resting within the supporting structure. It offers all the comfort of a padded surface while applying the elegant minimalism and industrial rationale of International Style.

First introduced in 1928, its materials and design were innovative for its time, but the iconic chair remains remarkably applicable to current interiors and continues to be a favorite with designers and architects worldwide. The LC2, petit comfort collection consists of an armchair, two-seat, and three-seat sofa and is included in the design collection of the Museum of Modern Art.

Le Corbusier (1887-1965), was born Charles-Edouard Jeanneret-Gris, in La Chaux-de-Fonds, Switzerland. His father painted dials for the town’s watch trade and his mother was a musician. Originally trained to follow his father in the watch business, he turned to studying painting and architecture and designed his own home as a teenager in 1902. He was influenced by three notions – the relationship between small individual spaces and large shared spaces; the relationship between classical and renaissance architectural proportions; and the use of geometric forms.

Near the end of World War I in 1918, he proposed the notion of mass-produced post-war housing, which aligned with his growing interest in mass-produced furnishings and materials like tubular steel and manufactured fibers and textiles. His influences and contributions to post-war city planning and mass-production of furnishings are still recognized and used in the present day.