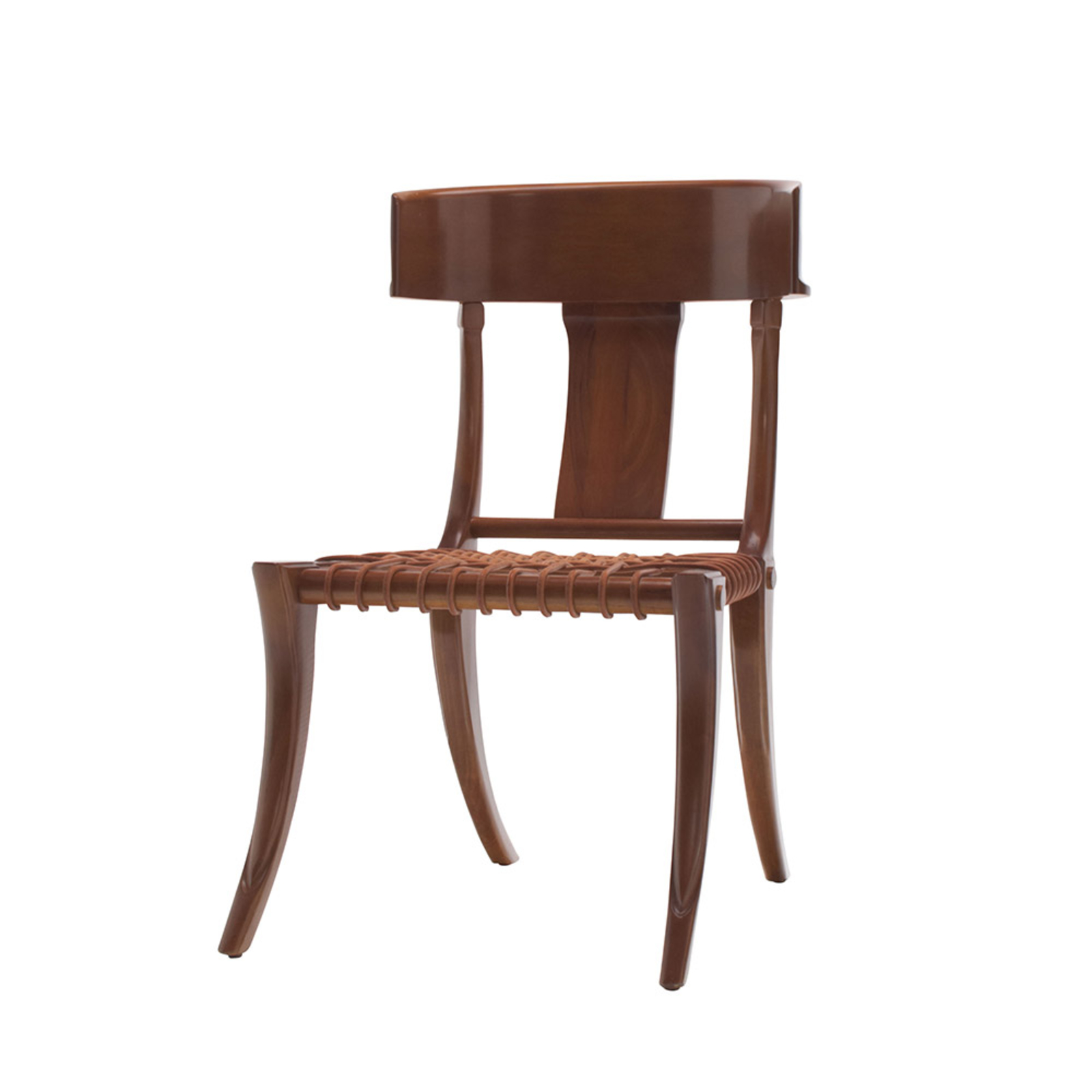 Klismos – considered the mother of all chairs – was discovered during the Greek Revival in the mid-18th century, when the chair was seen on pottery and other artifacts excavated from 5th century B.C. Greece. 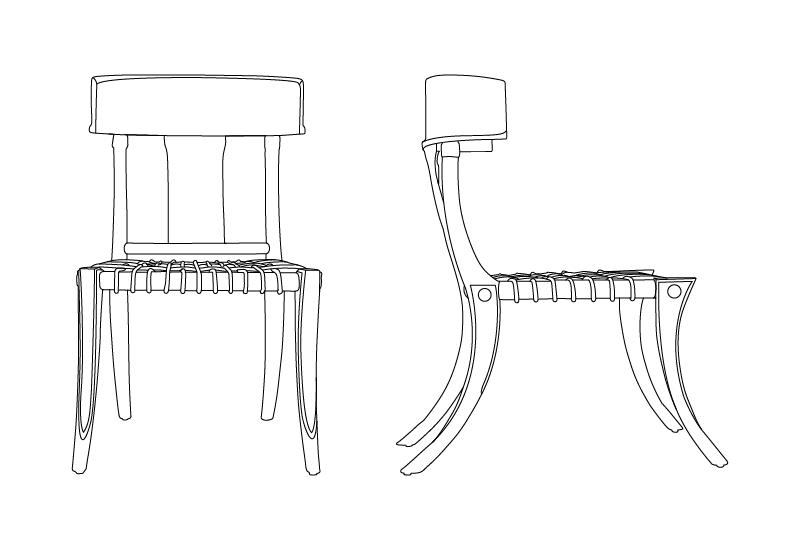 The long, elegant curve of the Klismos back may have been carved from a single piece of wood, or by using mortise and tenon joints, or by training the wood or bending the wood with steam.

Klismos’ seat was constructed of four wooden turned staves, morticed into the legs, then a woven web of cording or leather strips held a cushion or animal pelt in the seat for additional comfort.

The comfortable ergonomic sophistication of Klismos is rooted in the contours and proportions of the human body. In fact, its name is rooted in the Greek word klinein meaning to lean or recline. While the degree of recline and ornamentation were signs of status, the chair was used by all who could afford one, making Klismos truly democratic.

In the early 19th century, Samuel Gragg of Boston famously interpreted Klismos. In the early 20th century, it was popular for use with the era’s elegant Art Deco furnishings. It also was an influence on Ludwig Mies van der Rohe’s iconic Barcelona chair in 1929.

In the millennia since it sprang organically from apparently nowhere, designers of French Directoire, English Regency and American Empire and others have interpreted elements of Klismos. But it has never been improved – it is still considered by many to be the most graceful chair ever designed. As Witold Rybczynski, in his book Now I Sit Me Down: From Klismos to Plastic Chair, wrote – “it’s perfect.”

Considered the mother of all chairs. Klismos was discovered during the Greek Revival in the mid-18th century, when the chair was seen on pottery and other artifacts excavated from 5th century B.C. Greece.

Because there is no known inspiration for this chair, Klismos is a specifically Greek invention – representing a time and place when and where beauty and democratic ideals were paramount.

No originals of Klismos exist, in part because wood in that area of Greece was scarce and household items like chairs were used to fuel the owner’s funeral pyre prior to burial, but its image consistently has inspired chair design until the present day.