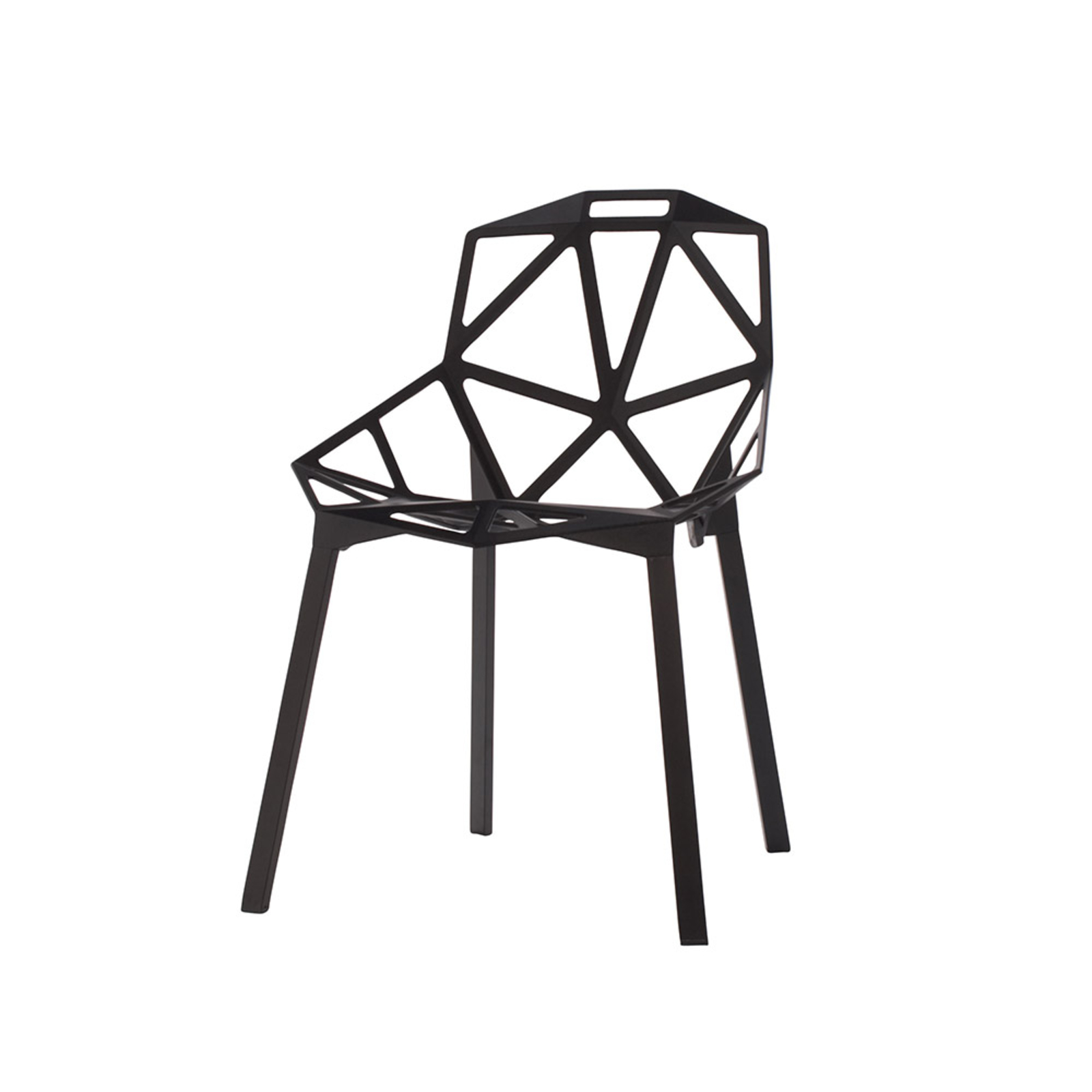 Chair One’s distinctive look was inspired by the geometry of a soccer ball. Two dimensional flat planes are assembled at angles to create a three-dimensional form. It is notably the first chair ever produced using die-cast aluminum.

This was possibly the first time that such a large die-cast was used for making a chair. Typically, this technology is used for smaller components only. It involved a lot of heavy tooling. I decided to break up surfaces into thin sections like branches and let the material flow through the mold to create the shape, which is kind of like a basket or a grid, and very three-dimensional. 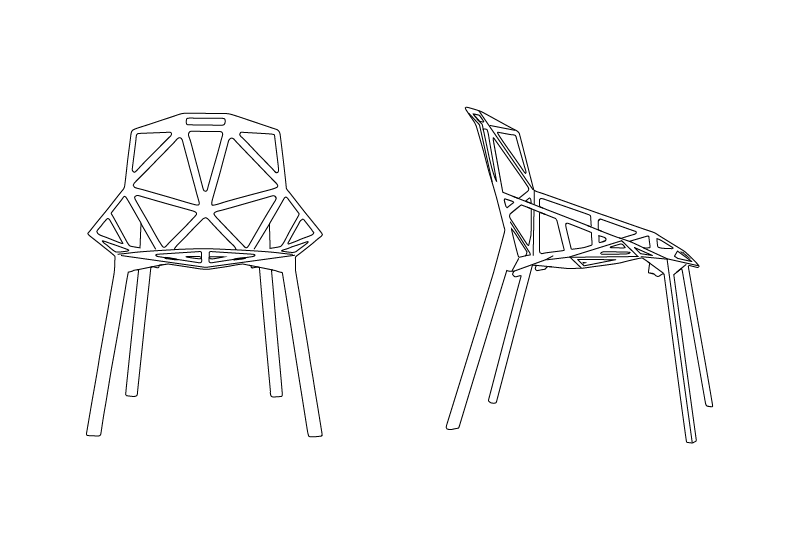 Chair_One’s distinctive look was inspired by the geometry of a soccer ball. Two dimensional flat planes are assembled at angles to create a three-dimensional form. It is notably the first chair ever produced using die-cast aluminum.

When it was introduced in 2003, critics referred to it as the Darth Vader chair. Its edgy appearance received mixed reviews, but the iconic chair resides in the permanent collections of prestigious museums around the world, including the Museum of Modern Art in New York and the Centre Georges Pompidou in Paris.

Intended for public seating, indoors and outside, the chair is often found in parks, cafes and museums. As designer Konstantin Grcic opined, “It’s not … a chair you’ll sit in for hours. It’s designed to be used in a waiting situation–for five, ten, twenty minutes at a time.”

Konstantin Grcic, was born in 1965 in Munchen, Germany. He began his career working for an antique furniture restorer, which led to an apprenticeship with a cabinetmaker where he realized his passion for design. He originally trained as a cabinetmaker at The John Makepeace School in Dorset, England and went on to the Royal College of Art in London where he found his true passion–furniture design. He opened his design practice – Konstantin Grcic Industrial Design – in Munich in 1991.