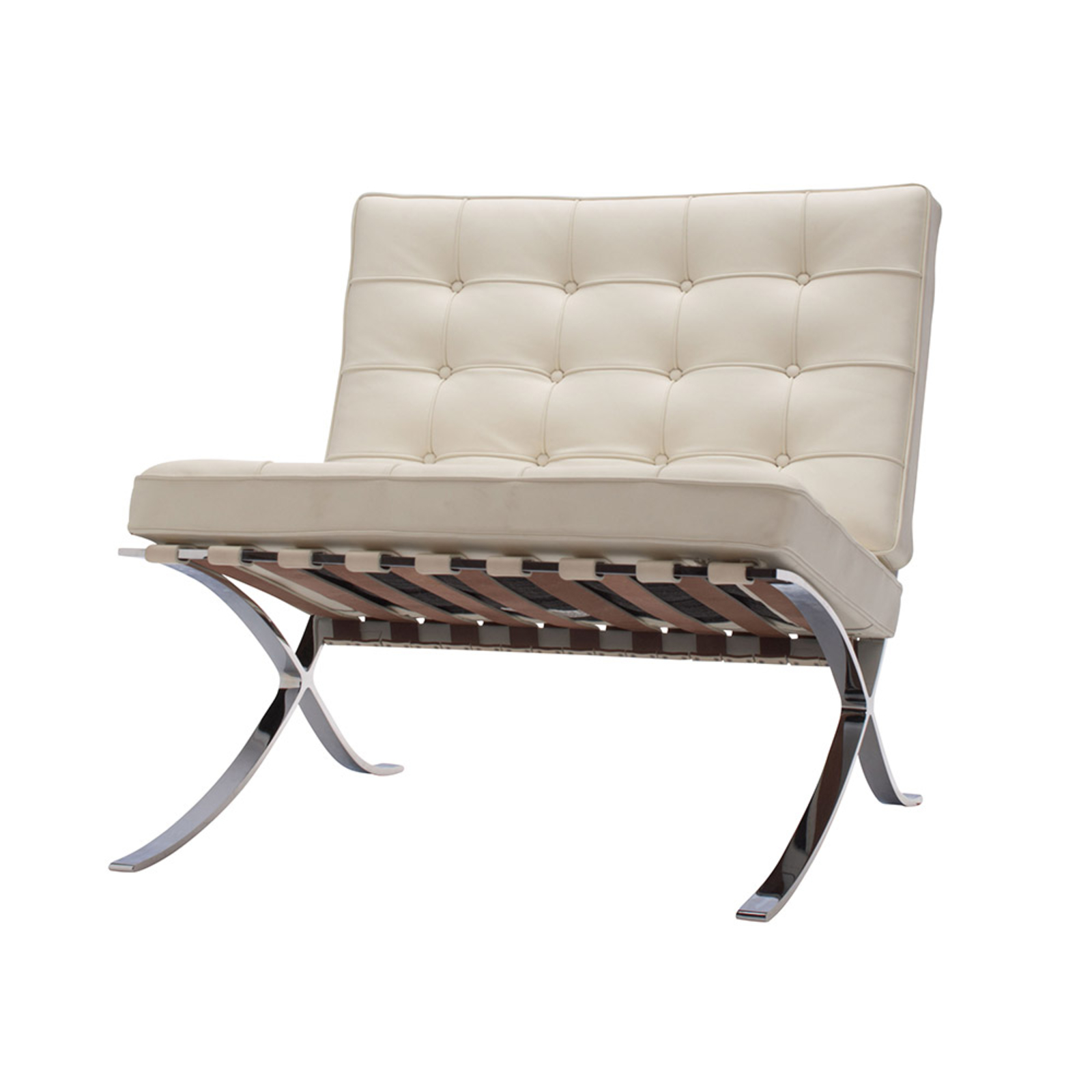 Barcelona is as modern today as when it was introduced in 1929 and is among the most recognized, coveted and specified furniture designs in the world.

Architecture is a language; when you are very good you can be a poet. 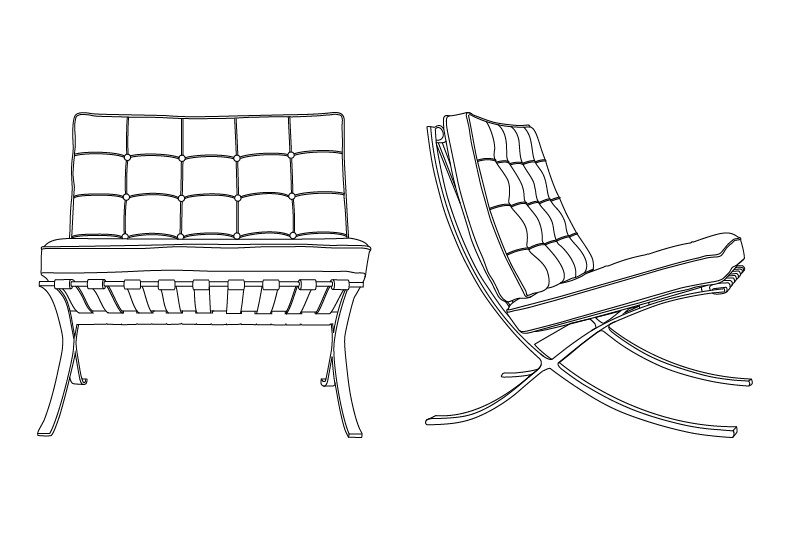 Barcelona is as modern today as when it was introduced in 1929 and is among the most recognized, coveted and specified furniture designs in the world.

Reflecting the unadorned rectilinear lines and use of industrial materials at the heart of the Bauhaus movement, Barcelona was designed by German-born architect Ludwig Mies van der Rohe (1855-1969) and his compatriot, interior designer Lilly Reich (1885-1947), and embodies his often-quoted maxim that “less is more.”

Specifically created as modern thrones for the king and queen of Spain when they visited the German pavilion during the Barcelona Exposition in 1929, Mies van der Rohe aimed for what he called a “monumental” chair. The original pair featured polished chrome for the sleek scissor-shape frame and ivory pigskin for the cushions. Even the pitch of the seat implies power and authority.

Born the son of a stonemason in Germany in 1886, Ludwig Mies van der Rohe served many apprenticeships and attended vocational school before joining architected Peter Behrens. In 1927, Mies van der Rohe worked alongside Walter Gropius, Le Corbusier and Behrens on a housing project called Weissenhofsiedlung, thought to be one of the most noteworthy projects in modern architecture. In 1930 he succeeded Gropius as director of the Bauhaus and served until the school was closed in 1933 by the Nazis. A few years later he came to the United States and became the director of architecture at the Illinois Institute of Technology.

Even since his death in 1969, he continues to be considered one of the most important influences in modern design.

Manufactured since 1953 by Knoll, his eternally modern Barcelona is ubiquitous in banks, hotels, office buildings and homes throughout the world.